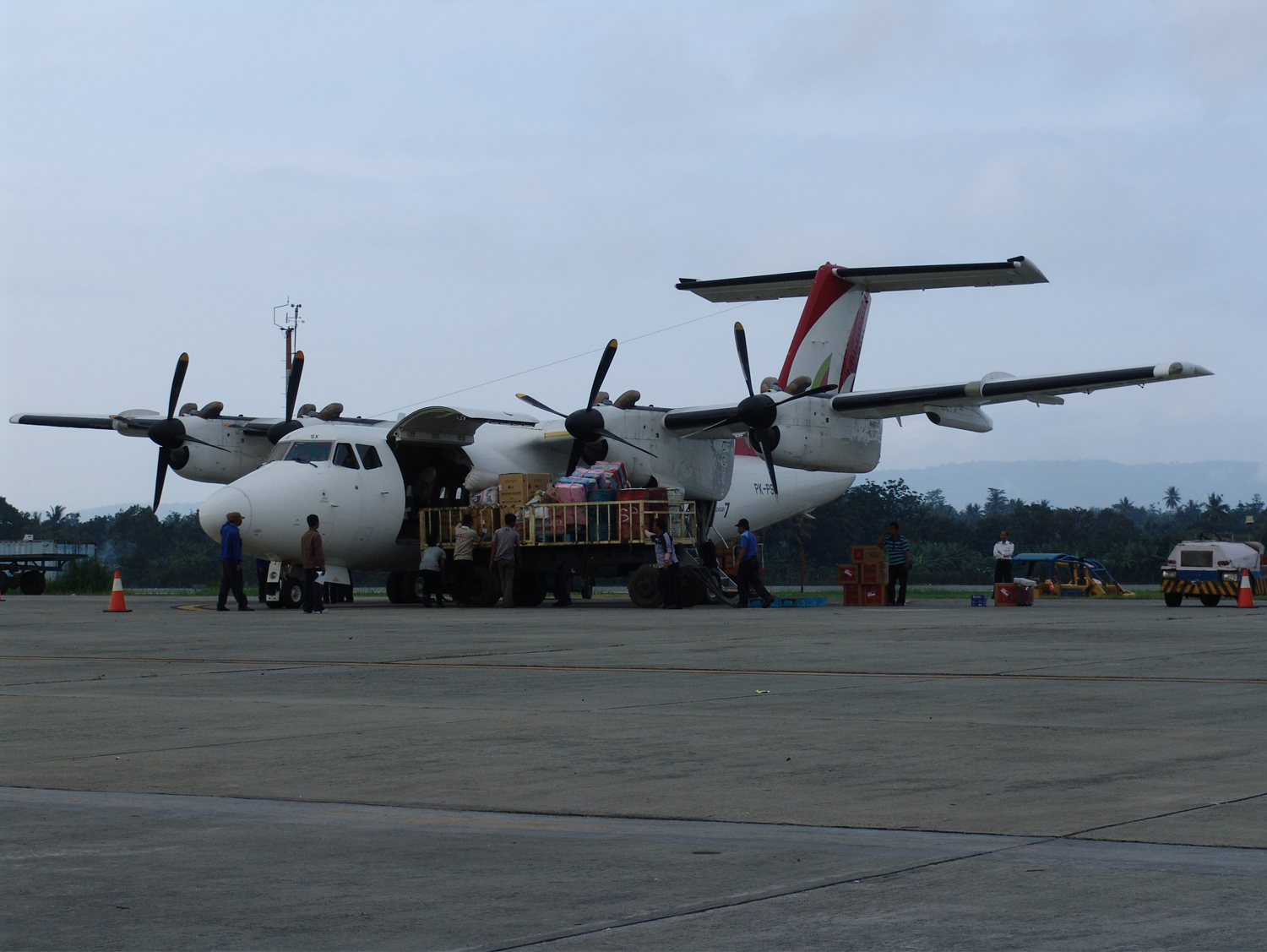 How can technology improve Airport Security and Safety?

The question unintentionally lurks in almost all passengers that traverse through airports daily. Although there are exceptional safety and security arrangements at the airport, casualties happen daily.

But technological intervention will continue to improve the landscape for safer airports. As of now, there haven’t been path-breaking innovations in the airport security and safety standards, but new technology is coming. As the other aspects of airports such as luggage mobilization and value-added customer service continue to grow, the safety and security standards would also improve.

Here are a few of the latest developments in Aviation safety services, happening around the world.

Behavioral analytics at the waiting queue is an upcoming technology that can be used to search and isolate harmful behavior patterns. Observing anxiety patterns of the passengers waiting in the queue, Artificial Intelligence can isolate potential threats much earlier than they become dangers.

The technology uses cameras placed at several hidden locations of the airport, to scan the passengers at all times. This helps in reading their body language and movements as they move through the queue. The technology also has other implications such as managing wait times for queues, delegating traffic, etc.

Behavioral Analytics hence provides for a safer environment at the airport, by identifying potential threats much before a human inspector can find them.

Mobile applications are revolutionizing various aspects of our lives and airport security isn’t untouched about it.

The documentation required at the airports to check in, book flights and get refreshments are all moving to mobile apps. Soon the passport information would also be shifted to digital wallets that can store all your confidential data inside a mobile app.

Such systems would not only provide for quicker access to airport services but also bring the whole process under a security radar. The digital identities of people are easy to track and can’t be easily forged with, hence mobile applications can act as a frontier for making airports safer for civilians.

Mobile apps can also be used to collect data about security vulnerabilities, get instant help from airport staff and report suspicious activities with the help of your smartphone in real time at the airports.

If X-rays are not enough to ward off danger at the airports, new technologies are joining the arsenal to offer better protection against threats.

New ultrasonic imaging technologies and explosive sensors are now being built directly into the check-in terminals for the passengers, in order to isolate threats right at the starting point.

Improved biometrics will also be implemented to speed up check-ins at the airports while enabling a more secure check-in. The current ways of check-in don’t guarantee such a security standard that a biometric-based check-in can offer.

The idea of using biometric check-ins at airports is becoming increasingly popular and is in the testing phase at several airports already.

With current sophistication in fingerprint and facial recognition technology, airports are beginning to make the shift, for quicker one-step identity verification at various passenger checkpoints at airports.

The most prominent examples are T-5 at Heathrow Airport, Sydney Airport, and Changi Airport Group, who all are already trying fingerprint based boarding pass checkpoints. A number of other aviation services companies are also venturing into biometrics.

Biometrics have a proven track record of providing ease-of-use and a stern security level as the technologies have already made their way into consumer smartphones. A number of financial transactions and online documentation are verified via fingerprints.

It’s just a matter of time before these technologies become an integral part of the airport security line, once the peculiar challenges in this domain are resolved.

Blockchain is popularly known as the technology powering the famous cryptocurrency Bitcoin, but the technology finds its applications in several other use cases.

In aviation, Blockchain can be used in databasing. In essence, Blockchain is nothing but a decentralized databasing technology that provides next-generation security and immutability.

A number of blockchain startups are testing unique blockchain use cases in Airline database management. Everything from flight bookings to travel timings to nautical data necessary for aircrafts, blockchain can be used in a number of ways to make flight transactions safer.

Popular airlines like Lufthansa, Air NewZealand and British Airways, are looking into prospective uses of blockchain in service redistribution.

Artificial Intelligence is the second most hyped technology after blockchain with prospects in almost fields of business. In aviation, AI is still in the early stages and is being used in improving customer experience.

As Snatchbot puts it, airlines are using AI chatbots to offer customer support, for making travel booking and making purchases on the go. AI chatbots currently carry out very simple tasks, such as making a booking with predefined steps by chatting with a client. The same thing you’d do with a customer service rep, but in a faster way.

The good thing about using chatbots is that they’re available 24x7x365 without leaves. They can work tirelessly and access related information in almost no time. Would it be cheaper to employ them, instead of a service rep? That’s a tough question because the technology hasn’t grown enough.

But as it grows, more aviation services companies would like to delve into the prospect of enabling chatbots, instead of telecalling customer support.

Beware! Humanoid robots are finally making their way to Airports! Not for an apocalyptic takeover but to serve passengers.

Japan’s Haneda Airport is in the plans of employing 7 fully functional robots who would assist the passengers in a variety of tasks. These robots would be the first team of a larger fleet of robots being tested to be released during the Tokyo Olympics 2020.

Similar robotic processes can be used for repetitive and low skilled tasks such as baggage sorting, and helping customers find their way in the airport traffic and advanced security surveillance.

Behavioral analytics at the waiting queue is an upcoming technology that can be used to search and isolate harmful behavior patterns. Observing anxiety patterns of the passengers waiting in the queue, Artificial Intelligence can isolate potential threats much earlier than they become dangers.

The technology uses cameras placed at several hidden locations of the airport, to scan the passengers at all times. This helps in reading their body language and movements as they move through the queue. The technology also has other implications such as managing wait times for queues, delegating traffic, etc.

Behavioral Analytics hence provides for a safer environment at the airport, by identifying potential threats much before a human inspector can find them.

With thousands of lost bags each year, luggage is an area of concern for airports all around the world.

Thankfully, some promising advancements such as Bagtag which is an attachable electronic device that can help in geolocating bags if they’re somehow lost in transit. Lufthansa is already offering the device to its subscribers and more companies are interested in offering such a solution for better baggage management.

More innovations in the field include a baggage porting service currently active in London provided by British Airways. You can get your bags ported directly to your hotel room by availing the service and forget the inconvenience of manually transporting the bag.

IATA has plans of incorporating baggage tracking as a part of the various airport ground handling service provided by aviation businesses. Once this is implemented successfully, lost bags would be a thing of past.

One of the key challenges faced by aviation companies is the diversity of languages that the passengers speak. Sometimes, these languages can be hard to interpret by even trained professionals, and such instances just ruin the customer experience

As one of the leadingAirport consulting companies, we have tracked an immediate need in live translation for cabin crew, and other professionals at the airport. Sometimes, you may come across someone who speaks a totally different language and there’s no one to interepret what the customer is trying to say.

Google’s new live translation earphones and other technology based on similar lines can help overcome this problem easily. Air New Zealand is already testing the technology to improve its in-cabin experience, wherein the passengers don’t have to mandatorily speak in English. The crew can recognize the passenger’s native Language and provide assistance accordingly.

Augmented Reality has been around for a long time but recently found some practical applications in the aviation space. These apps are sure to increase the efficiency of airport ground handling processes.

One of the challenges faced by passengers at airports is the inability to find their way from the customs’ desk to the exit lane. Many a time, passengers have to stay at the airport for extended periods and finding their way across a complex airport can be a difficult thing.

The latest wayfinding apps use AR technology to help customers locate specific points at an airport. You just have to open your smartphone camera and you’ll be able to see a guided map leading you to the destination. Gatwick Airport has made this possible with the help of a wayfinding app.

The first airport to venture into this domain was Copenhagen Airport, and others are catching up soon.

Internet of Things is another concept making its way into the aviation business. It uses the interconnection between smart devices to automate certain tasks and make life easier for passengers.

Currently, Airports use minor instances of IoT such as automatic fire sensors, cleaning robots, and smartphone-enabled services that make the whole travel experience a breeze for the customers.

As technology grows, more smart devices would be installed at airports in order to make the whole airport environment interconnected. Some examples could be smartphone-enabled check-ins, security markers at the airport and other sensor devices that could share information amongst each other to make prompt action possible.

Cyber Security is a real threat to aviation companies. A large number of databases are maintained online for all kinds of purposes from travel bookings to aircraft management systems, which require an advance level of security.

Aviation cyber security services are waking to the industry’s growing needs for stronger security each day. The simple reason for this is the stakes on risk. If an airline database is hacked into, or the aircraft flight control systems are compromised, the results can be catastrophic.

With all other avenues, telesupport is also getting a lot of attention from innovators in the aviation space.

Support Agents now have better access to customer data, which helps them take instantaneous decisions, in the scenario of last-minute changes required by the customers.